In his current role as Chief Financial Officer, Larson oversees the financial, legal, technology and human resource operations for Larry H. Miller Sports & Entertainment’s eight properties. In 1990, Larson joined the Larry H. Miller Sports and Entertainment Group, serving as Group Controller and, later, VP of Finance, where he oversaw the day-to-day accounting and financial operations. In 2009, Larson took over as General Manager of Miller Performance where he was responsible for Miller Performance’s two operational units: Miller Motorsports Park and the Ford Performance Racing School. Under his leadership, Miller Performance experienced significant growth. Larson initiated a major restructure of the company, creating new business models, securing new partnerships and establishing industry-leading programs. Prior to working for the Larry H. Miller Group, Larson worked for Price Waterhouse in the Salt Lake office. He is a certified public accountant and a graduate of the University of Utah with a B.S. and masters degree in accounting. Currently serving as a member of the Olympic Legacy Foundation Board and the LHM Health & Welfare Executive Committee, Larson also has served on the LHM Charities Board of Directors, LHM 401k Advisory Committee and several University of Utah boards. Larson also teaches the Sports Business course at the University of Utah. Larson was the recipient of the Larry H. Miller Award for Management Excellence in 2006 and the Larry H. Miller Leadership Excellence Award in 2013. Larson and his wife, Elizabeth Whitney, live in Salt Lake City. He enjoys skiing, cycling, running and trying to keep up with the couple’s five children who are scattered across the country. 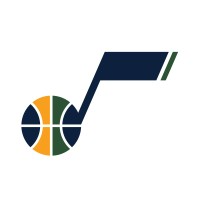