Matt Moshiri is president of Verisk Maplecroft, responsible for the overall strategic direction and performance of the business. He joined Verisk Maplecroft in 2016 as global head of consulting. In that role, Mr. Moshiri redesigned the company’s advisory offering and capabilities to establish Verisk Maplecroft as a premier boutique advisory business. He has held a number of strategic roles in the company and most recently served as chief commercial officer, responsible for all commercial-related activity. Before joining Verisk Maplecroft, Mr. Moshiri advised upstream oil and gas clients at Wood Mackenzie on a range of engagements, including exploration, fiscal analysis, unconventional resources, and new country entry. He began his career with AES Corporation and PricewaterhouseCoopers, based in Caracas, Venezuela, where he focused on Latin American and Caribbean energy markets. Mr. Moshiri completed his undergraduate studies at the University of Colorado in Boulder, Colorado. He obtained his master’s degree in management of energy through a joint program with the BI Norwegian School of Business in Oslo, Norway; Institut Français du Pétrole in Paris, France; and the University of California, Berkeley in Berkeley, California. 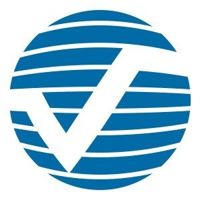