Mouhamadou Diagne started his position as Vice President of Integrity (INT) at the World Bank Group in September 2020. In this role, Diagne oversees the independent unit responsible for conducting investigations of fraud and corruption allegations involving projects and activities financed by the World Bank Group and World Bank Group staff and corporate vendors; pursuing and litigating sanctions for credible allegations; introducing best practices in preventing fraud and corruption into World Bank Group operations; and helping to raise compliance standards among private sector entities. Diagne has nearly 25 years of experience managing teams in the fight against fraud and corruption. Prior to this appointment, he served as the Inspector General of the Global Fund to Fight Aids, Tuberculosis, and Malaria, one of the world’s largest international health financing mechanisms. In this capacity, Diagne led both the Investigations and the Audit functions of the organization and oversaw investigations of alleged fraud, corruption, misappropriation, and other forms of abuse in Global Fund financed programs as well as in corporate operations. Before joining the Global Fund, he was the Director of Strategy and Operations for Internal Audit at the World Bank Group, where he led the strategic shift from compliance-audits to more strategic risk-based audits. Prior to joining the World Bank Group, Diagne was the Director of Internal Audit at Fannie Mae, one of the largest financial institutions in the US and the largest provider of mortgage financing in North America, and also worked in managerial positions in international public accounting firms, among other positions. A dual citizen of Senegal and the United States, Diagne is fluent in French, English, and Wolof. He holds a Master’s Degree in Business Administration and a Master’s of Science in Finance from the University of Maryland; a Bachelor’s Degree in Accounting from Howard University; and a Bachelor’s in Communication from the University of Dakar. He has also taught university students in accounting, advanced auditing, and management. 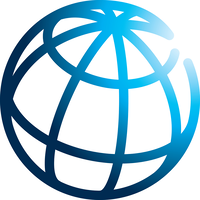