Rob has served as our Chief Regulatory Affairs and Quality Assurance Officer since 2020. Before that, Rob had served as our head of regulatory affairs and quality assurance since August 2013. Rob has over 20 years of experience in the pharmaceutical industry in the quality, regulatory and CMC areas. A majority of this experience has been with small biotech companies, where he has played a critical role in developing companies’ initial drug product candidates, including peptides, monoclonal antibodies and small molecules, from the pre-clinical stage to commercial registration. Prior to Ardelyx, Rob was vice president of CMC at Flexion Therapeutics where he oversaw the manufacture of the company’s initial two drug product candidates, one of which Zillretta™, is in late Phase 3 development. Prior to Flexion, he was vice president of quality at Idenix Pharmaceuticals, overseeing all quality aspects of the commercial launch of the company’s first product, Tyzeka®. Previous to Idenix, he served as vice president of technical operations for Trine Pharmaceuticals and earlier was vice president of technical operations and founder of Phaedrus Pharmaceuticals. At GelTex Pharmaceuticals, subsequently purchased by Genzyme, he was a key participant in both the quality and regulatory areas in the development and registration of RenaGel®. Rob has a B.S. in biology from Bowdoin College and an M.S. in chemistry from Boston College. Rob is regulatory affairs certified. 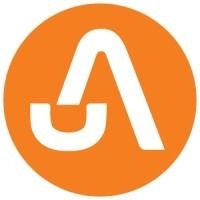