As Chief Strategy Officer at BairesDev, Fernando Galano is responsible for defining the company’s strategy as well as designing plans for continuous improvement and management control. He was a software developer for several multinational tech companies before becoming a Project Manager leading a large team of game developers at Electronic Arts. Soon after, he became the COO of a local Argentinian software development company where he was in charge of the entire company’s operation with more than 200 employees. In 2011, Fernando joined BairesDev and spearheaded the dramatic growth of the company, thus raising its standards of production and inserting maximum efficiency into its work ethic. Fernando is regarded as a thought leader and a sort of math genius, with a passion for data science and statistical analysis. He received a bachelor’s degree in systems engineering and obtained summa cum laude, graduated with a Master´s in Economy and was awarded Dean´s List. 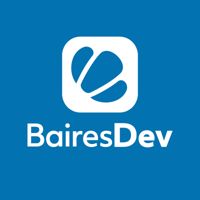