Head of Corporate Banking at Barclays

View in org chart
View in org chart
Alistair Currie joined Barclays in August 2017 as Chief Operating Officer & Head of Product for Corporate Banking and is a member of the Corporate Banking and the Barclays International COO Executive Committees. In October 2017 Alistair became Co-Head of Corporate Banking and in September 2018 Alistair was appointed as Head of Corporate Banking. Prior to joining Barclays, Alistair was at the ANZ Banking Group in Australia where he most recently held the role of Group Chief Operating Officer, responsible for technology, shared services, operations and property, and played a key role in the ANZ’s digital transformation. Before taking up this role in 2011, he had previously joined ANZ in 2008 as Managing Director, Transaction Banking. Before ANZ, Alistair spent 18 years at HSBC in a variety of international banking roles in the UK, Middle East and Asia including President and CEO of HSBC, Taiwan, between 2007 and 2008. As Regional Head of Trade Services, HSBC Asia Office in Hong Kong from 2004 to 2007, Alistair further developed HSBC’s market-leading trade finance position in the region and from 2001 to 2004, he was COO, Wells Fargo HSBC Trade Bank NA, San Francisco. With 27 years as a banking professional, Mr. Currie has a wealth of experience in institutional, large corporate, mid-corporate and consumer client segments as well as transaction banking, trade finance, cash management and technology, and a track record in delivering business transformation and high quality customer outcomes. Alistair was born in Scotland and grew up in Hong Kong. While currently based in London, his career has taken him all over the world and he has lived and worked in the UK, several countries in Asia, the UAE, America and Australia. He holds a Master of Science (Management) from Imperial College, University of London and a Bachelor of Science (Design & Technology) from Brunel University. 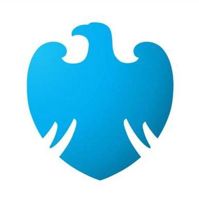