Board Member at Featurespace

Jon joined Touchstone Innovations plc (formerly Imperial Innovations Group plc) in 2010 from Sovereign Capital, a mid-market buyout firm, where he specialized in transactions in the healthcare services market. Prior to Sovereign, Jon spent seven years at 3i where he was a director in the venture capital business and managed a number of technology investments from deal origination through to exit. At Touchstone Innovations, Jon focuses mainly on software and IT investments. He is on the board of Featurespace, Acunu, Econic Technologies, Mycologix and Permasense and works with Get Fractal and PSE. Jon’s investment experience includes Nimbus Partners (acquired by Tibco), OST Business Rules (acquired by Microgen), Kavado (acquired by Protegrity) and FMS (acquired by Temenos). Prior to 3i, Jon worked at Deloitte Consulting in London after having gained six years’ manufacturing and industrial experience in the US and Japan. Jon has a BEng from Imperial College, London and an MBA from INSEAD. 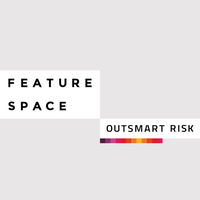