Ryan Jones is Vice President of Corporate Strategy and Finance at Kyverna Therapeutics. Prior to joining Kyverna, Ryan was an investment professional on the New Business Creation team at GE Ventures, where he focused on launching and financing new companies in cell engineering and healthcare technologies. Before joining GE Ventures, Ryan led the technical development and launch of multiple next-generation DNA sequencing products as a Staff Engineer at Thermo Fisher Scientific (Life Technologies, Ion Torrent division). Prior to that, he was a Staff Scientist on the founding team at Nanosense, a DARPA-funded biosensor company. Ryan is a co-inventor on five issued patents in biosensors and DNA sequencing. He has also served as a Board Observer for multiple companies founded by GE Ventures, including Vineti, Drawbridge Health, Menlo Microsystems, and Evidation Health. Ryan holds a BA in Biophysics and History from the University of Pennsylvania and an MBA from Harvard Business School. 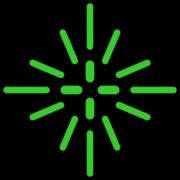