View in org chart
View in org chart
Lucy Peng has been dubbed Alibaba Group Holding Ltd.’s most influential woman. The co-founder of the e-commerce giant rarely speaks in public and is little known outside of China, but over the past two decades she’s played a key role guiding Jack Ma’s empire. Peng, 47, helped set up Alibaba’s human-resources department, was Ant Group Co.’s chief executive officer and is now executive chairwoman of Lazada Group SA, the Southeast Asian e-commerce platform. 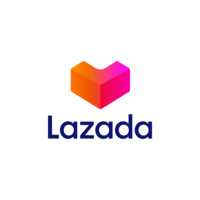