Scott is responsible for leading business operations within PHSA, as well as consolidated non-clinical support services, with a focus on enhancing value across the provincial health care system. Scott has diverse experience in the private sector. Before joining PHSA, Scott worked with Stryker Canada, one of the world’s leading medical technology companies. Starting in 2008, he assumed increasingly senior leadership roles in commercial sales, marketing, contracting, tendering and pricing, operational and commercial performance and financial performance, and in 2016 he took on the role as president. Under Scott’s leadership, Stryker Canada maintained its reputation as an industry leader in the provision of innovative products and services and earned consistent recognition as a top Canadian employer and workplace. Before joining Stryker Canada, Scott spent 13 years leading teams in the areas of business development and sales and marketing with Boston Scientific and Xerox. He completed his B.A. at the Rochester Institute of Technology and has completed the executive leadership program at the Richard Ivey School of Business at the University of Western Ontario. 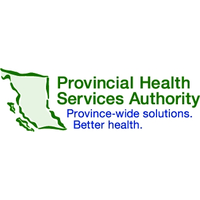