Nigel Brackenbury is appointed vice president, Ford Customer Service Division, Ford of Europe, effective January 1, 2020. In this role, he is responsible for leading all aspects of the Company’s Parts and Service operations across Europe. Prior to this position, Brackenbury served as vice president, Customer Service Operations, Asia Pacific and then the International Markets Group, being responsible for leading all aspects of the Company’s Parts and Service operations across the regions, and consistently delivered growth and improved business results. Before this, Brackenbury served as director, Emerging Market Services, providing Marketing, Sales and Service support to emerging markets throughout the Company’s global business units. In this role, he successfully supported the establishment of the Middle East and Africa (MEA) business unit, now included within the IMG region. From 1995, he worked in European, Asian and North American leadership positions across the Marketing Sales and Service business, including assignments in Mazda, both in Europe where he established National Sales Companies in several key markets, and then as a Divisional general manager in Japan, where he led the company’s Global Marketing, Sales Planning and Accessories activities. He was a key member of the management team that contributed to the turnaround and resurgence of the brand. He also led the establishment of Ford operations in Russia in 1997, returning as president and managing director for a second time in 2007, overseeing a period of rapid growth and record sales volumes. In 2010 Brackenbury was appointed director of Ford Customer Service Division (FCSD) Ford of Europe, responsible for customer service operations in Europe. Brackenbury joined Ford of Britain in 1979 as a graduate trainee in Marketing and Sales, building experience in a variety of positions in the domestic market. He attended Manchester University, U.K. where he graduated with honors in management sciences. 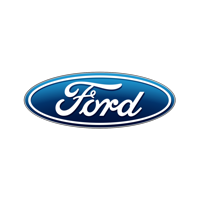