Adam Norvell is the Director of Real Estate at Manhattan West. He is responsible for creating and implementing the overall real estate investment strategy for the firm, with a focus on opportunistic acquisition and development opportunities. Mr. Norvell has over a decade of real estate experience, which includes product types such as multifamily, commercial (office, industrial, retail, hotel, mixed-use), and single-family master-planned residential communities. A consummate professional, he values the long-term relationships he established over the course of his career, which have been vital to his success. Mr. Norvell began his career in multifamily acquisitions for Strategic Realty Capital in Los Angeles, CA. While there, he was responsible for sourcing investment opportunities in the Southeast region of the United States. During this time, Mr. Norvell sourced and closed 20 transactions totaling over $330 million in acquisitions. Concurrently, he was part of a larger team that was successful in acquiring $2 billion worth of apartments in over 100 separate transactions. Prior to joining Manhattan West, Mr. Norvell founded 36th Street Partners, which was formed to acquire, develop, and lease a class-A 250,000 square foot industrial warehouse in Phoenix, AZ. Before that, Mr. Norvell spent over four years at Woodridge Capital Partners where he helped manage over $3 billion worth of real estate assets. Of particular note, Mr. Norvell worked directly with Woodridge Capital’s CEO to successfully structure both equity and debt financing for the redevelopment of the Century Plaza Hotel ─ a US $2 billion development ─ then the largest project in the City of Los Angeles. Mr. Norvell received a Bachelor of Arts Degree in Economics from the University of California at Berkeley. In addition, he earned a Master of Business Administration from the Marshall School of Business and a Dollinger Master of Real Estate Development at the University of Southern California. Born and raised in Los Angeles, Mr. Norvell enjoys spending his time surfing and traveling. 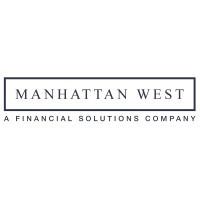