Rob Reed joins SOCi as a Senior Advisor for Enterprise Brands. Rob is a successful entrepreneur and journalist. In 2010, he founded MomentFeed, one of the first technology platforms designed for multi-location marketing. As CEO he built the founding team, designed the product, raised multiple rounds of VC funding, partnered with Facebook, Google, and other platforms, and closed deals with 7-Eleven, The Home Depot, Burger King, Starbucks, and other national brands. Rob transitioned out of his day-to-day role in 2016 and left the Board in 2017, which coincided with the Series C round. Next, he served as Chief Revenue Officer for Shareability, an LA-based social content studio that specializes in video marketing. While there, he worked with AT&T, Cricket Wireless, IBM, and Adobe on some of the most successful viral video campaigns in the history of the internet. Rob started his career as a lifestyle journalist by covering adventure sports, luxury travel, and high-performance automotive. In 2005, he wrote The Way of the Snowboarder, a book about the history and people of the sport. He’s been a regular contributor for The Huffington Post and currently writes a column for Forbes Magazine. 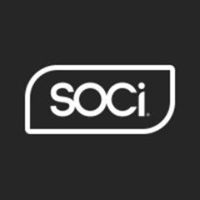